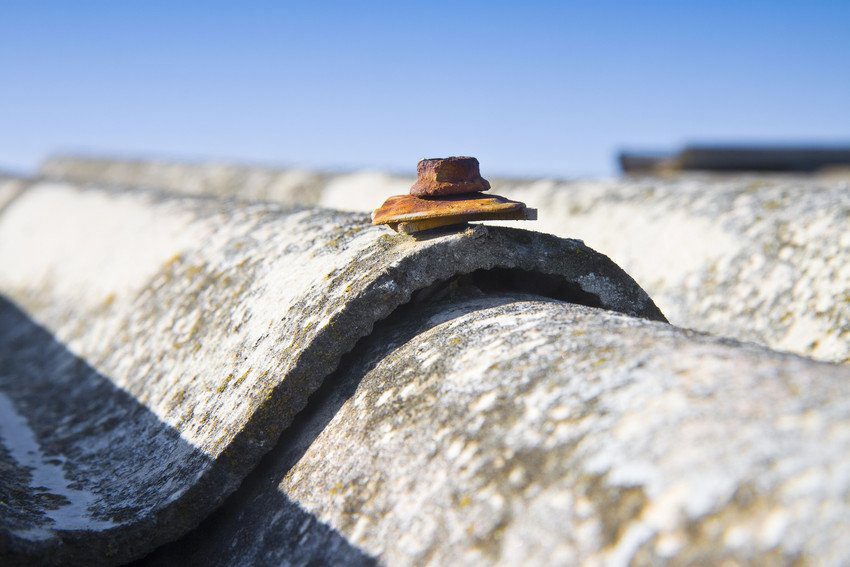 Everyone wants to be safe in their home or place of work, but unfortunately there are some hazards that can impact your safety and everyday health. One such hazard is asbestos; a group of minerals that form a microfibre used in buildings for insulation, flooring and roofing. Although now banned in the UK, any building constructed before the year 2000 may still contain asbestos. If asbestos remains intact within the building it poses very little risk, however it’s still a good idea to know more about the dangers and how you can protect yourself.

Asbestos is a naturally occurring mineral that can be manipulated to form a fluffy, candyfloss-like consistency. The term ‘asbestos’ actually refers to six different types of mineral that share the same properties, including tremolite and chrysotile.

The fibres are soft and flexible, yet resistant to heat, electricity and chemical corrosion. Asbestos on its own is a very effective insulator, but it can also be mixed with plastic, cement and many other materials to make them stronger.

Why is it dangerous?

Asbestos was very popular in it’s time due to the uses mentioned above, however this was before people were aware of the dangers it poses.

As mentioned above, if asbestos remains undisturbed, there is little risk to the health of the public, but if disturbed or damaged, tiny fibres are released into the air which can cause significant damage to the lungs. Asbestos exposure can cause a range of serious lung diseases, but symptoms may takes years – or even decades – to appear after first exposure.

Where is it commonly found

Any industrial or residential building built or renovated before the year 2000 may contain asbestos. In residential homes the most common areas for asbestos include old floor tiles, ceiling tiles, partition walls and as insulation around boilers, pipes, fireplaces or similar. Attics or lofts can also contain high amounts, especially if the home was built before 1980 or the attic was never converted for use as a functional space. Asbestos may also be present in industrial buildings as a sprayed coating on walls, in cement panels, textiles such as old fire blankets and as part of insulation board.

How can you protect yourself

As noted, the majority of asbestos remains safe as long as it’s left alone, but there are several professions where the chances of coming into contact with, and disturbing asbestos, is much more likely. Those who work in plumbing, building, as roofers, plasterers or in other similar trades have a higher risk of exposure, so it’s important to take the right safety precautions. Those in charge have a duty to protect workers from asbestos exposure, and plan work accordingly to minimise the risks. They should also provide adequate training and safety equipment before any work in an at-risk area even begins.